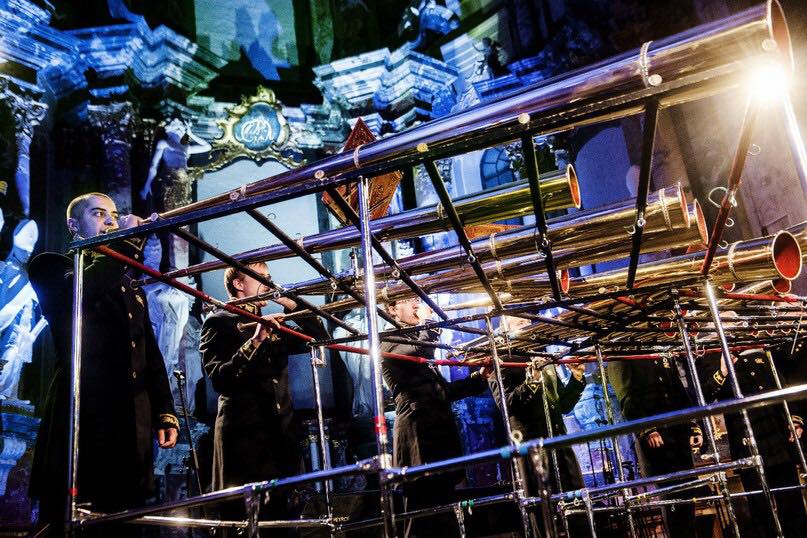 The Horn Orchestra of Russia is a St. Petersburg orchestra that revives the genre of Russian horn music. A total of 106 hand-made instruments with a four-octave range and a unique timbre were reconstructed in the Russian Horn Centre’s Workshop based on horns that have survived from the 19th century.

The orchestra’s sound is similar to that of the organ, but its internal working is unique. The Horn Orchestra of Russia has 17 musicians – students and graduates of St. Petersburg Conservatory, winners of All-Russian and international competitions. The horn orchestra is a stark example of unity, where each musician’s individual mastery of ensemble performance forms the foundation of the entire orchestra’s success.

The Horn Orchestra of Russia has given hundreds of concerts in such venues as the State Kremlin Palace, the Moscow and St. Petersburg Philharmonics, the Moscow Kremlin and the Hermitage. The Orchestra has successfully toured Latvia, Lithuania, Estonia, Finland, the Netherlands, Germany, France, Spain, Italy, Austria, the Czech Republic, Poland, Belarus, Moldova, Armenia, Kazakhstan, Bahrein, Nepal, Israel, Hong Kong, China, Cuba and the United States.

Sergey Polyanichko is the founder, artistic director, and conductor of the Horn Orchestra of Russia.