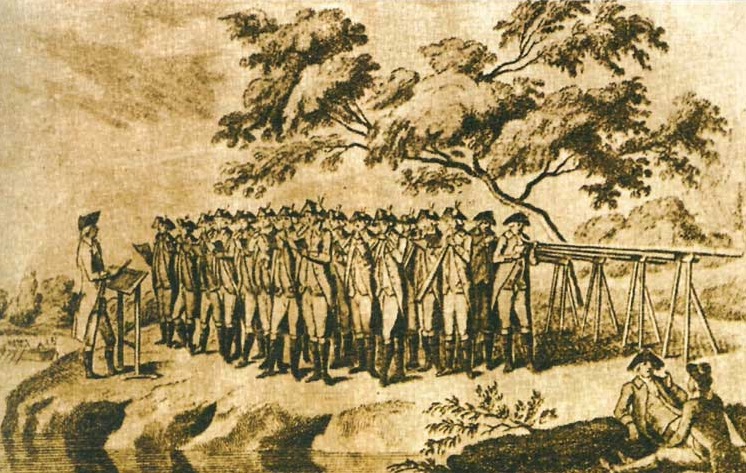 In 1751, His Excellency Semyon Naryshkin, Director of Imperial Theatres, decided to give Empress Elizabeth a birthday gift. To accompany hunting, her favourite pastime, he created an orchestra of two dozen hunting horns harmonized in semitones. At the start of the hunt, the Empress was stunned by an unusually forceful, open and unrefined sound of the horn orchestra with no differentiation in terms of timbre. The effect was so powerful that two horn orchestras were immediately founded at the imperial court, and the aristocrats happily followed the Empress’s example.

Horn orchestras became all the rage, gaining huge popularity. The number of unique musical pieces written for horn orchestras grew exponentially and, according to the accounts of people living at the time, they could be combined into tremendously large groups on special occasions. As the result of an aristocratic whim, horn music would soon be transformed into an art form. A unique musical genre – horn music – had been created.

Attempts to revive the horn music based on the “one musician – one instrument – one note” principle had no lasting success. This theoretically simple, but practically complicated performance principle required immense concentration and endless rehearsals on the part of the musician.

Baron Konstantin Stakelberg made a successful attempt to revive horn orchestras: his horn orchestra even played at Alexander III’s coronation in 1882. The set of horns made for the occasion is kept today in Sheremetev Museum Palace in St. Petersburg. The last time these instruments were played was at the coronation of Nicholas II, on May 14, 1896. The horns served as prototypes for the instruments that the Horn Orchestra of Russia plays in the… 21st century.